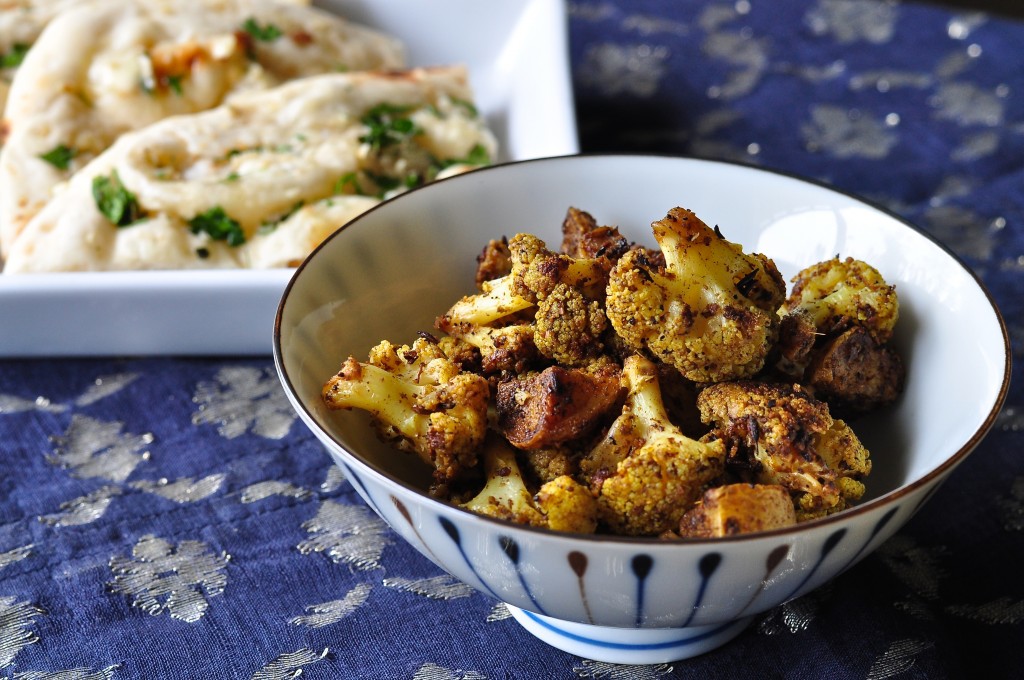 During my childhood, aloo gobi was on the regular dinner vegetable rotation.  If we didn’t eat it once a week, we certainly ate it once a fortnight.  And I have always loved it.  In a cuisine where vegetables are gussied up with a kaleidoscope of spices, it can be quite refreshing to eat a dish that is simply sautéed with only a handful of aromatics.  This is never a dish I would order at a restaurant – it defines simple, everyday Indian home cooking for me.

But even this humble dish did gain the spotlight in the 2002 film Bend it Like Beckham.  I imagine many of watched it back when it was first released.  In case you missed it, let me catch you up – in this feel-good movie, the Indian female protagonist, Jess, longs to break the mold of the traditional Indian good girl and become a soccer star.  The film features Keira Knightly as Jess’s best friend and Jonathan Rhys Meyers as her soccer coach before either of them were famous.  Jess’s mother implores her to learn to cook but she has her heart set on the soccer field.  Jess even famously says, “Anyone can cook aloo gobi, but who can bend a ball like Beckham.”

I totally agree with Jess.  Anyone can cook aloo gobi.  It is a shockingly easy Indian recipe as evidenced below.  I just thought that it was totally unfortunate that Jess felt she had to choose.  That she had to completely shun one role in order to embrace another.  That in this time where women have more opportunity than they ever have, she felt like you couldn’t be multi-faceted and nurture two opposing interests.  But, of course, I could totally be over thinking this and maybe, she just simply didn’t like to cook.  In which case, in my humble opinion, she is totally missing out! 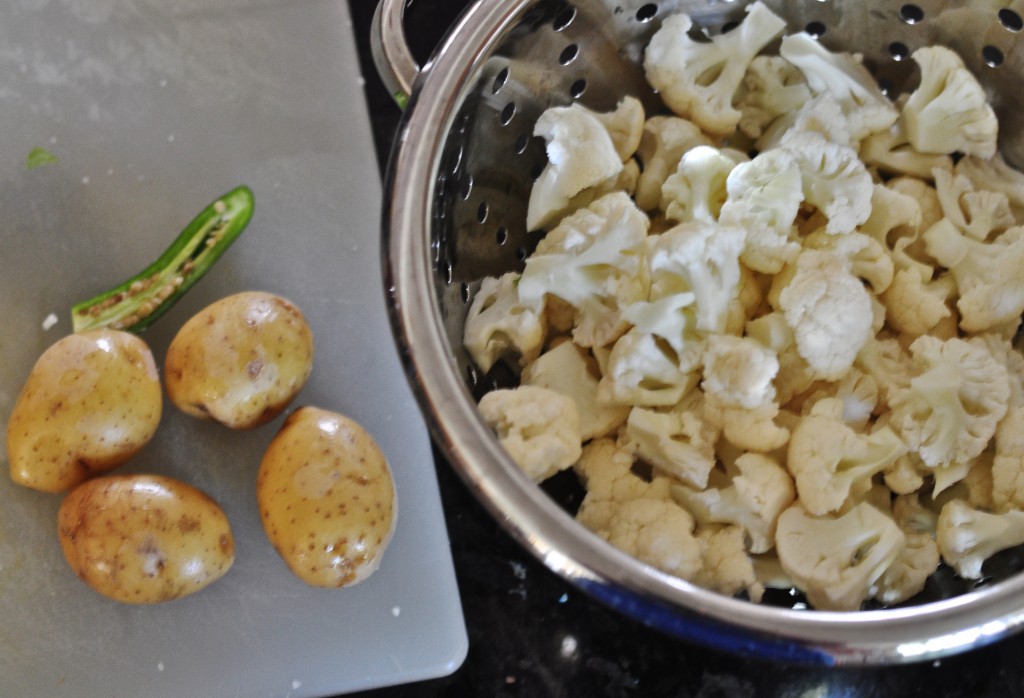 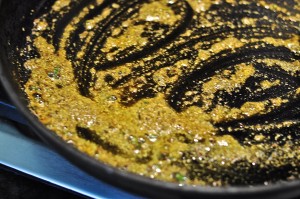 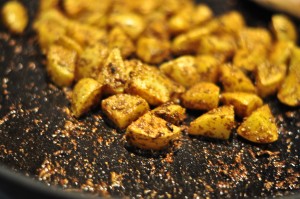 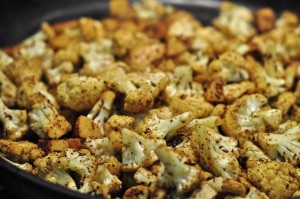 Aloo Gobi comes together in about 30 minutes and has loads of flavor to spare.  It sings of cumin, ginger, and the addictive sourness of dried mango powder or aamchur.  Homemade garam masala sprinkled on at the end provides a nice hit of earthiness.  I had honestly sort of forgotten about this dish and then had the most intense craving for it.  After making it and remembering how easy it is to throw together, it is once again going to go on my short list of quick and delicious veggie sides.  I served this with that palak paneer (creamed spinach Indian style with cubes of fresh cheese) I just wrote about, but it would be at home alongside just about anything.  I think it would be smashing with chicken tikka masala or even biriyani (aka Indian chicken and rice) which may be how I’m going to serve it next.

Also, this dish was a hit with the kids.  My son ate it fine but my daughter just relished it.  Asked for seconds.  Kept shoving cauliflower in her mouth.  It was a beautiful sight to watch.

Also, before I go, last call on any recipe requests for my mom’s visit.  She arrives in a week and I can’t wait!!!

Aloo Gobi (Sauteed Cauliflower and Potato)
This speedy side dish is simply spiced with cumin, ground coriander, and aamchur. Perfect on its own for a weeknight meal or as part of a larger spread.
Ingredients
Servings: people
Instructions
Recipe Notes

** Aamchur or dried mango powder is available at your local Indian market or online.

Filed Under: Side Dish, Vegetarian Tagged With: cauliflower, potatoes