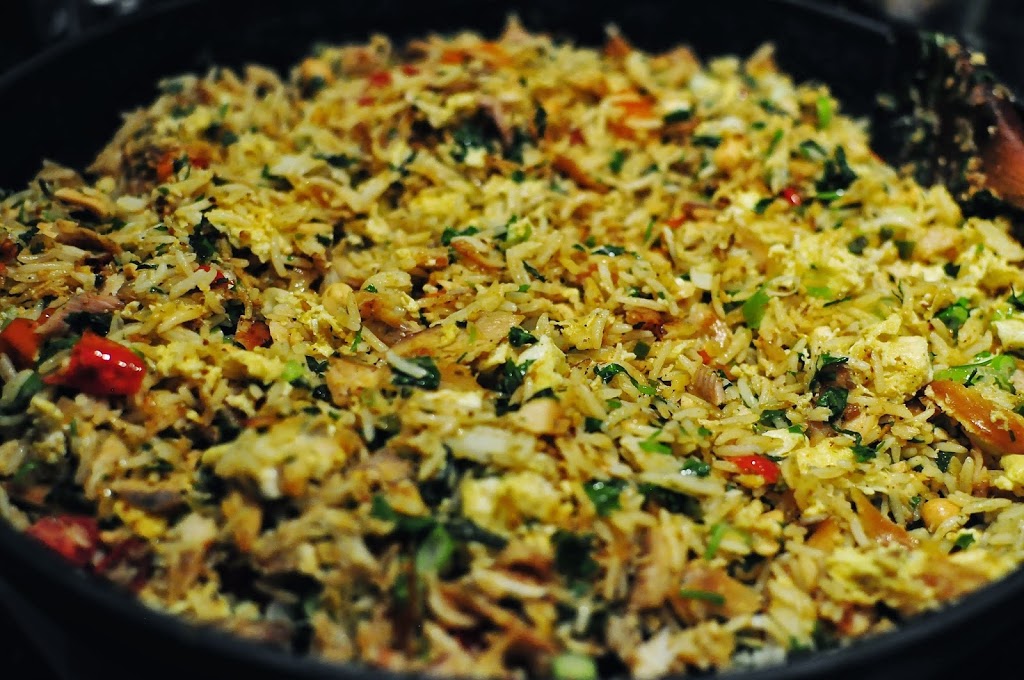 I think we all have that food that we associate with being sick.  The one your mom or dad used to make when you were under the weather – chicken soup immediately comes to mind but that was never on the menu in my vegetarian Indian home.  For us, if we had any sort of tummy trouble, the first real food we would get to eat would be kichidi.  This is basically a lentil and rice dish.  They are cooked together so the texture of this dish is um, rather mushy.  I was not a fan as a kid and am still not.  Perhaps it brings back too many sick memories.  This is perhaps also the reason I cannot stand Gatorade.

In any case, it wasn’t until I was an adult that I realized that Indian kichidi gave birth to a rather different dish cooked in British kitchens called kedgeree.  Instead of lentils they use smoked fish and it generally also has egg in it as well.  I suspect the Brits that were stationed in India when it was still an English colony took the Indian version and decided to make it more to their taste.    I am rather sheepish in admitting that I actually prefer the British version of this dish.

When we lived in Atlanta, the fabulous restaurant The Optimist, had kedgeree as a side item.  It was ridiculously good.  I filmed the chef of The Optimist, Adam Evans, for the inaugural episode of Atlanta Eats and had the good fortune to watch him make the dish step by step.  And then I totally forgot about it.  Until I got last month’s edition of Food & Wine.  There in black and white was Chef Evan’s recipe for kedgeree.  I took this as a sign from the universe that I had to make it.  And I was not disappointed.

I recommend chopping everything you need for the dish before you get started as it cooks rather quickly.  I omitted the basil as I wanted the dish to feel more purely Indian.  I also added an extra cup of rice to make the dish stretch a bit.  I liked that this recipe is made with a smoked fish that generally keeps in the fridge for quite a while.  I love fish but it generally requires a special trip to the seafood monger since it has to be cooked so quickly after purchase and I rarely get my act together to coordinate all that.  This dish offers the health benefits of fish without the last-minute trip to the store.

This dish was loved by all at the table and also reheated beautifully.  I served it with sautéed kale with lime pickle.  This simple side is not to be missed!!  And together with the kedgeree, it was a killer combo.  One of those I’m already looking forward to leftovers for lunch tomorrow meals…… 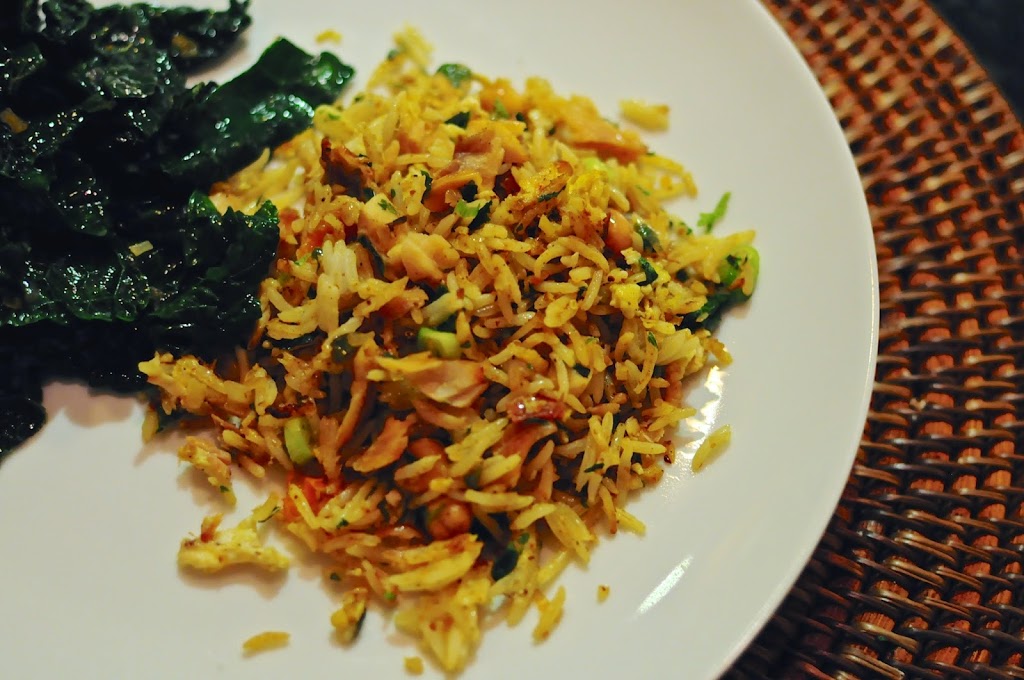 1. In a large skillet, melt butter over moderately high heat.   Add the tomatoes, curry powder, ginger, chile, garlic and shallots and cook, stirring, until the tomatoes are beginning to brown and wilt – about 4-5 minutes. 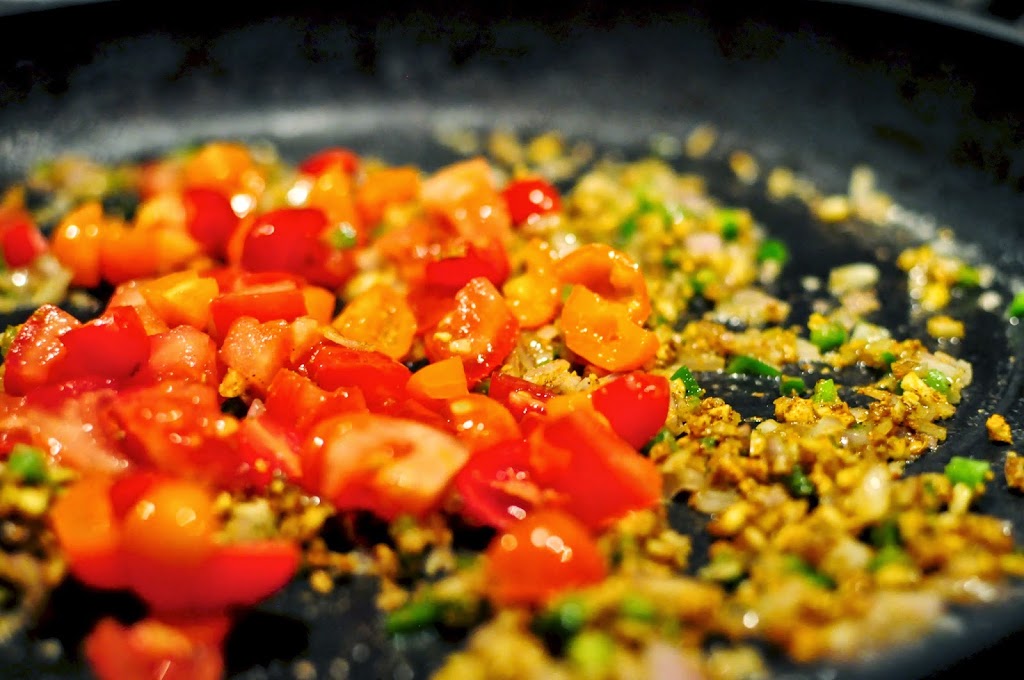 2.  Stir in the rice and trout and cook, stirring once or twice until the rice is toasted and crisped – about 3 minutes.
3. Using a spoon, make a hold in the middle of the rice and pour in the olive oil.  Add the eggs and let them cook, undisturbed, until the bottom starts to set. 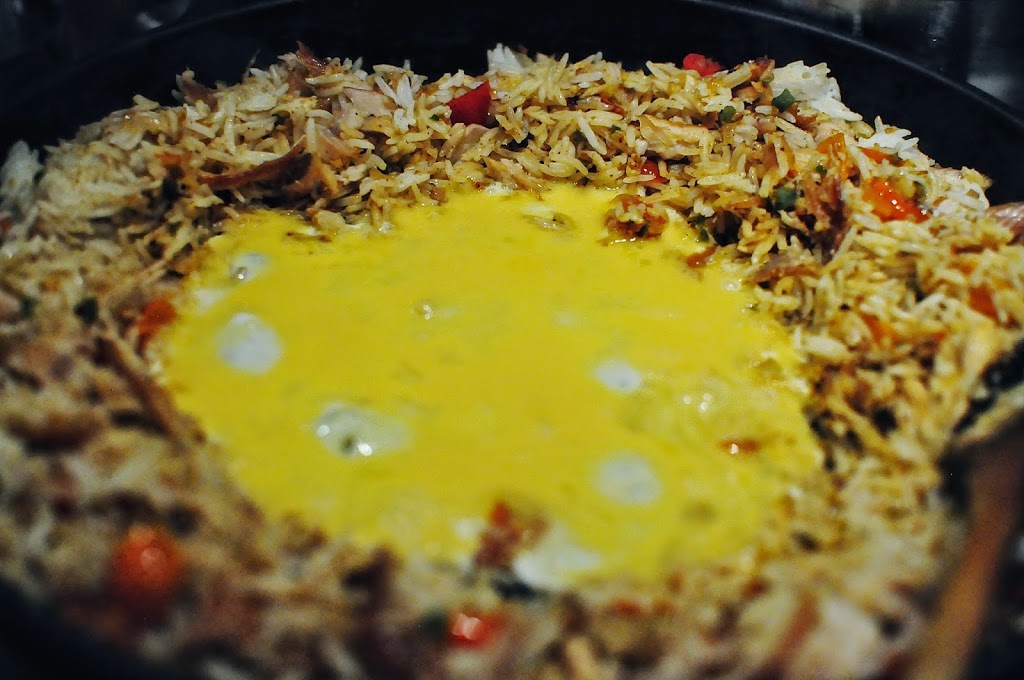 4.  Stir in the basil, cilantro, mint, and scallions and add salt and pepper to taste.
5.  Garnish with peanuts and serve immediately.