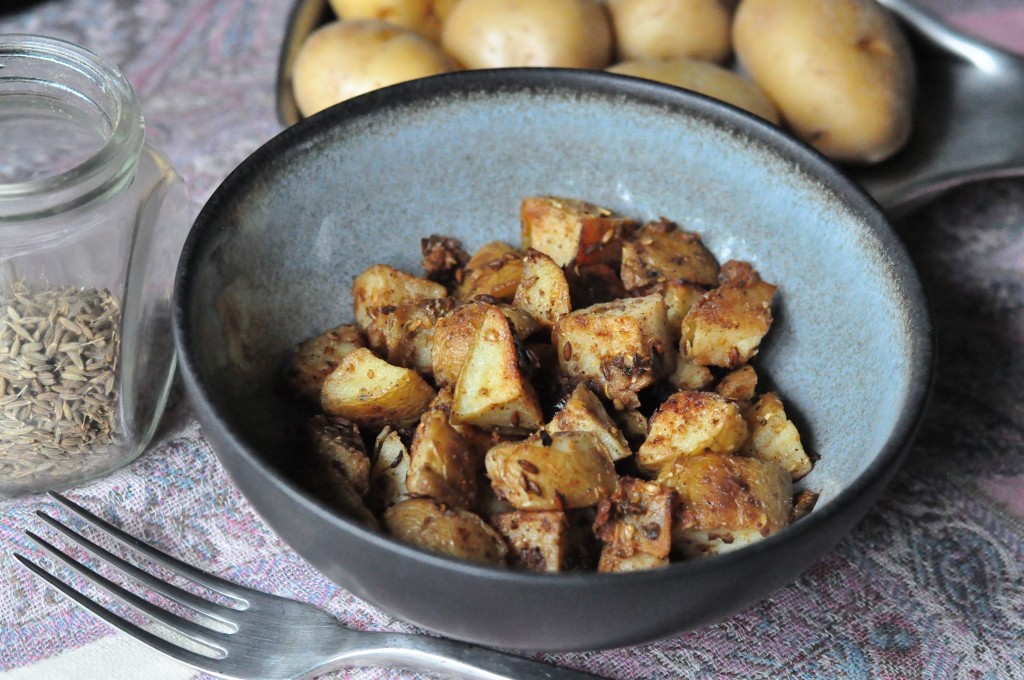 Growing up, generally my Mom was the ruler of the kitchen.  But that didn’t mean my Dad couldn’t hold his own.  I remember distinctly when I was 7, he brought home a few cans of fruit and declared he was going to make fruit cobbler.  And he did and it was pretty tasty and exotic for a kid like me who was most familiar with Indian sweets and birthday cake.  He also went through phases where he would make the best chocolate chip pancakes or coffee milkshake.  My Dad lost his mother when he was in his teens so he learned early to do many household tasks for himself.  For example, he prefers to do his own laundry and ironing and takes great pride in his crisp, pressed shirts.

Talking to my friends growing up I understood that my Dad was an anomaly for his generation.  And maybe that was why when my Mom would leave to go to India by herself, she didn’t seem worried.  Dad was able to handle all the day to day household responsibilities down to the cooking.  Although, I will say that we generally ate some variation of lentils, potatoes, and Indian whole wheat flatbread every day while Mom was gone.  When she returned I remember not wanting to see another potato for a quite a while.

Of all his potato creations, this one is still going strong and we often request Dad to make his jeere wale aloo or cumin crusted potatoes. It is simply spiced with cumin seeds, ground coriander and dried mango powder or aamchur (available at Indian markets or online) – which is the game changer in my opinion.  It gives the potatoes an addictive tang that is crave-worthy.  The dish comes together pretty quickly after the potatoes are boiled.  They would be great with masala egg scramble or any tandoori ribs.  And they are most definitely kid approved.  Just leave out the green chili if you are worried about the heat level.

Filed Under: Side Dish, Vegetarian Tagged With: potatoes